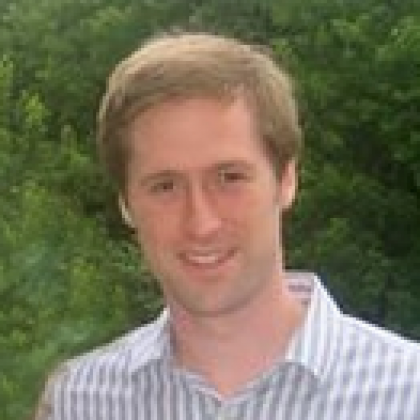 Michael Niessner was the first employee of Elevated Code. He was hired right after graduating with a degree in computer science from the University of Illinois at Urbana Champaign. Since then, he's been studying not only the nuts and bolts of software development, but also the process of developing software.

Michael is our resident experimenter. He is constantly learning new techniques from frameworks such as Lift and Seaside. Along with being an outstanding developer, Michael is also our local reference desk. If you have a question about a design pattern, he can not only describe it but also tell you which book explains it the best. While his primary focus has been Ruby and Rails, Michael isn't just a web developer. He has also created iOS and Adroid apps for our clients.

Along with contributing to the success of our clients, Michael has also contributed to a number of different open source projects. He has written patches for Rails and RSpec. Michael also created the test spy implementation used by the RR mock framework.

Michael' knowledge isn't just limited to software. He's just as comfortable talking about the economics behind a successful business as he is the reasoning behind dependency injection. He can spot a problem with the baseline of a website as quickly as a law of demeter violation. This breadth of knowledge gives him the ability to quickly understand our clients' businesses and their value propositions.

When not coding or reading, Michael is an avid Penn State fan and an occasional runner. Michael believes that when you have a job that let's you work from anywhere, you should take advantage. As such, he can often be found working from Europe or South America.